My dear colleague Rachel wrote her recommendations of shows to binge-watch, and I have taken it upon myself to save you all from The Bad.

Binge-watching TV is an activity that I typically endorse, but sometimes, shows are just too emotionally taxing. Or boring.

(Finally, a topic that combines emotions and television! Look mom, I AM using my psychology major!)

So here are some popular shows that either require you to pace yourself in order to stay emotionally stable sprinkled with some shows I personally think are a waste of time: 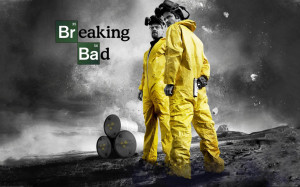 Okay, listen. I know this is the best show of all time in the history of forever, but stay with me. Let me start by saying that I love everything about this show — the writing, the plot, the dialogue, the people, the aesthetic, the concept…everything. Put down your torches and pitchforks and hunks of crystal meth you were planning to throw at me.

Breaking Bad is great and I watched it all during my Christmas break freshman year. Also, it emotionally turned me into a 45 year old man. Some episodes, specifically some season finales, are heavy. And don’t get me wrong. I’ve seen every Netflix documentary about prisons — I’m hardcore. But the depravity that is (shockingly!) inherent in the meth biz and the unraveling of a father figure is a lot to handle. I recommend pacing yourself on this show. It’s already over, there’s no rushing to catch up! 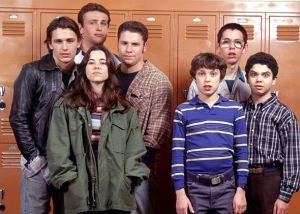 Do you even know what this show is? You should! It’s where James Franco, Seth Rogen and Jason Segal all first started hanging out. It also has the girl who played Janice in Mean Girls, Rashida Jones and The Guy Who Makes the Faces from That Tumblr Post You Probably Saw.

This is a show from the 90s about the 80s — sounds perfect, right? It’s great, and I love it. But the episodes are so heavily wracked with embarrassing, coming-of-age drama, it cranked my teen angst up to unreasonable levels when I watched the entire first season (which is, sadly, the only one in existence.)

So I recommend watching Freaks and Geeks in between episodes of American Horror Story to bring you back down to non-spooky earth. 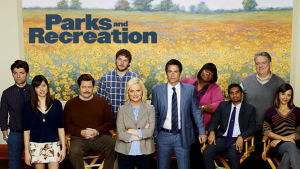 This is my favorite show of all time. Why is it on the list?

Because the first two seasons are slow, weird, and surprisingly bad. It’s okay! The writers were finding themselves. It gets better. It becomes iconic and beautiful. But if you’re trying to binge-watch this show, don’t let the first two seasons get you down. Watch them, but watch them critically. Think about how much better the characters are developed as the season goes on. You know, analyze it, like normal people do when they watch TV.

Once those two seasons are over, you can watch the next four all in one setting. And you’ll want to. It’s the best show ever. Besides The Office. And The Mindy Project. And Who the Bleep Did I Marry. 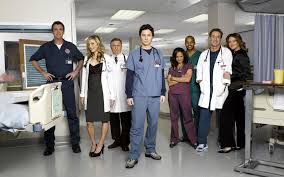 This one tops the list for most depressing comedy of all time. Which is cool to me, because of course a comedy that takes place in a hospital, a place where people are often known to die, can’t always be happy. But there’s a certain undertone of this show that all of the characters are deeply empty and never truly find happiness despite success and money and friendship and love.

And that’s fine, but it’s hidden under a guise of comedy. It sneaks into your brain and it stays there and it can make you really depressed.

I recommend binging the show based on its storylines — a few of the short episodes will run together. Ride the story through, but then take a break. It’s a lot of emotions and it’ll physically exhaust you. 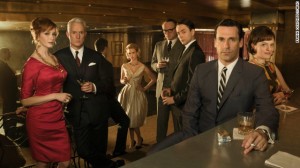 Another acclaimed show that your dad probably watches. Sadly, unlike the other shows on this list, I just can’t get through it. I’m like 3 seasons into it or something and I’m ignoring it on My List like it’s a research paper I have a week left to do. I want to get it done, I know I need to if I’m going to talk about TV, I need to catch up before the series ends…but…like… it’s so much.

Pretty much everyone on this show sucks to me. I know, I know! That’s the advertising industry in the 60s! Men don’t value women and smoke 7000 cigarettes per day and there is no liquid besides alcohol. That’s how it was! But, like. I don’t enjoy that. I don’t want to watch that. It makes me cringe and I guess that’s okay because I am a 20 year old girl who reads Cosmo every month.

But I’m still going to because I need to be able to talk about it and Jon Hamm is really beautiful even though he is entirely despicable. 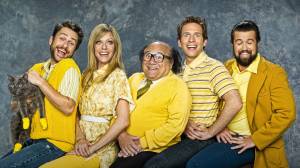 This show is so funny and also I feel myself decaying inside every time I watch it. Like, every episode is a classic. Every episode is full of Plans That Go Wrong. I can’t watch more than three episodes in a row or else I will get the urge to climb a tree and jump down just to see what happens. It’s almost an inexplicable feeling. Maybe that’s what it’s like to be a frat guy. 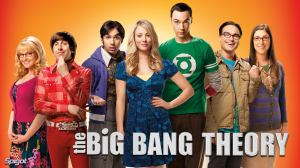 This show is bad and I’m sorry but I’m not sorry about it. It just is. It’s funny in a 13-year-old boy way and not even the kind I like! I know, I know. It’s the most popular show in the entire world. But if you watch more than two episodes in a row, your high school science teacher will appear and hit you in the head with the molecule diorama you probably made. That’s not how scientists are! Leave the nerds alone!

Did you struggle through binge-watching any of these shows? Do you want to fight me because of my personal preferences? Leave a comment!