Matthew McConaughey as a Villain

If you want to see a different side of Matthew McConaughey you must watch Killer Joe. Most people think of Matthew McConaughey as the protagonist in film and TV. He played the coach in We Are Marshall, the AIDS victim in Dallas Buyers Club and the true detective in True Detective. Killer Joe is the first time I saw McConaughey as a true villain. He was dark and rustic in the movie Mud but no one would mistake him for the villain in that movie. WARNING: Killer Joe is very sexual and graphic in nature. It is for a mature audience only as there is quite a bit of nudity, sex and tons of blood and gore. 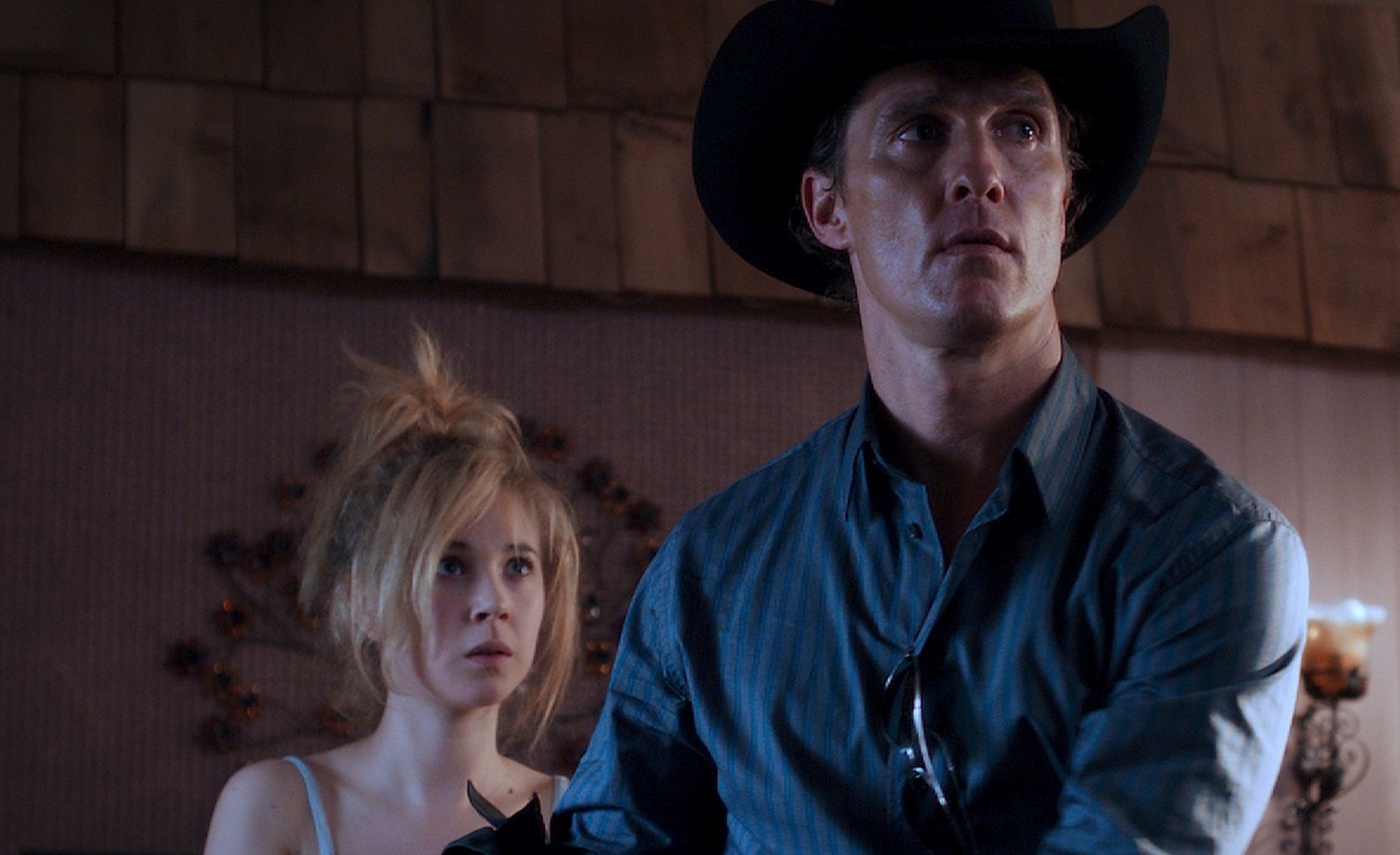 Earlier this week we learned that Matthew McConaughey will be the villain Randall Flagg in the movie adaptation of Stephen King’s The Stand. I am a huge Stephen King fan as he has created some of the greatest villains in the modern era. I have yet to read The Stand but those whose opinions I greatly respect have said that the villain in The Stand is one of the greatest characters ever. These are huge shoes to fill and who better to do it than Matthew McConaughey. After watching Killer Joe, I am 100% certain they made the right decision by selecting McConaughey for the role of Randall Flagg.

The next book I pick up is going to be The Stand. It will take me quite a bit of time as I am a very slow reader that likes to play too many rounds of golf. While reading The Stand, I will have a “live blog” type resource on this website offering some thoughts on how the stories in the book will translate to the big screen. The Stand was a six hour miniseries that aired on ABC in 1994. In 1994, things were much different than they are today. I firmly believe a movie adaptation today will be much better than the mini series that aired when I was a very young boy.

From what I understand, the movie is only going to be three hours. The Stand: Complete and Uncut is over 1000 pages long. For comparison’s sake The Shinning was 688 pages and Misery was 352 pages. These movie adaptations were 146 and 107 minutes respectfully. This means the movie adaptation of The Stand is going to have to cut out much of the book. This saddens me as many Stephen Kind books that I have read were not good on the big screen. The latest disaster is Under the Dome. While this was not King’s greatest novel, it was still good. The CBS TV series is terrible. Terrible might not be a strong enough word for it.

As we learn more about The Stand movie starting Matthew McConaughey make sure to return to UNC Television as we will have the inside scoop.